It is called Ghosts and a Tunnel of Secrets. The film was directed by Nobuo Mizuta and created by Shochiku.

There are some key things changed in the movie:

Here are some of the notable characters included: 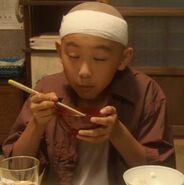 Ichiro with his hair gone 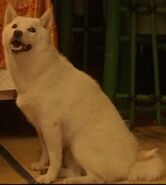 The end of his fishing career with Take, Souta's dad 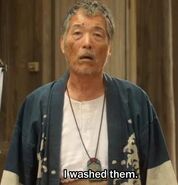 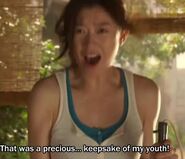 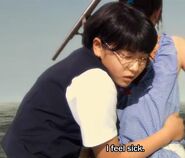 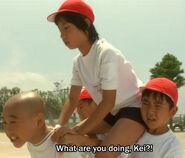 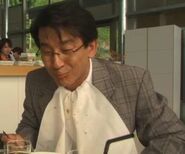 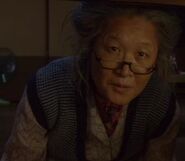 Yoshikawa
Add a photo to this gallery

Aoi, a friend of Kei's on the street with her mom 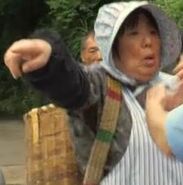 Maekawa, a neighborhood lady who is part of the group observing the accident

Nakamatsu is a fisherman named repeatedly. He used to work with Ichiro and Souta's dads when they were fishermen too in the past. 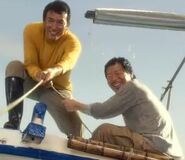 He and other unnamed fishermen hold a grudge over Take's death 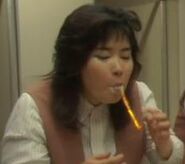 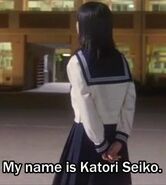 Seiko, an original character for the film. An aging girl in a tunnel. She reveals her name to Ichiro. It is unknown whether she took her mother or father's surname.

Kumi is the name of Seiko's mother. Her surname may not be Katori though since Seiko's parents appear to be unwed.

Yuu is short for Yuurei

Sawai is the name of a lawyer who introduces himself to Ichiro, claiming to be his father. He accuses Dai of being a murderer. 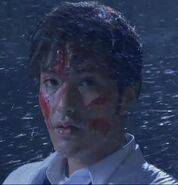 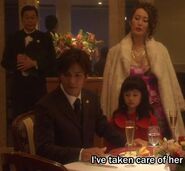 It is implied by Kumi, Seiko's mother, that Sawai is her father.
Add a photo to this gallery

Retrieved from "https://hanada.fandom.com/wiki/Film?oldid=4250"
Community content is available under CC-BY-SA unless otherwise noted.